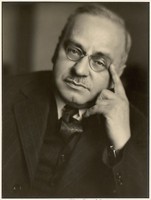 What is Adlerian therapy ?

Alfred Adler (1870-1937) was an Austrian doctor, psychotherapist and founder of the School of Individual Psychology.

Adlerian therapy begins with the issue as it presents itself in our life, and uses powerful, gentle, well-proven techniques to uncover the true nature of our discontent. We can then use these valuable insights to re-shape our lives to be in alignment with what we truly desire.

Adlerian therapy is client led and collaborative, which means you decide what it is that we focus on during the sessions, and then we then work together to investigate and sort out any issues.

Adlerian theory is very generous and humanistic. it values human creativity and the notion of “purposive behaviour”, meaning that no matter how strange or self-defeating our behaviour might appear to be, it does make sense on some level when seen in the context of our 'lifestyle' (the Adlerian term for how we operate in the world).

As we grow up we receive impressions about other people and build up our self image (a picture of who we are) This, combined with our beliefs about life itself will determine what we end up striving for.

These essential assumptions formed when young will direct most of our behaviour and are likely to remain unchanged as we mature unless we take the time to examine and adjust them. This often happens later on when life presents us with challenges.

Our 'lifestyle' determines how we respond with our thoughts, feelings and behaviour, and it is only by taking time to understand our basic assumptions and behaviours that we can begin to see the patterns and then choose to develop more useful ones.

Adlerian therapy is based on the principle of 'self actualisation', meaning that there is an impulse within each of us to become the best that we can be, and that everyone is engaged in a consistent striving towards our full potential. It can also be said that we learn best when we allow ourselves to make mistakes, so the path to maturity is not a straight one and life often has a way of tripping us up so that through the subsequent learning and self knowledge gained we can carry on moving towards our purpose. In that sense we are all perfect in our imperfection and are always perfectly imperfect, but improving!

The work will often move through several stages:

We start by getting to know each other and talking over exactly what it is that is challenging you. We make a contract, which is simply a mutually agreed set of principles to ensure a safe and effective working situation for us both.

We spend time gathering as much relevant information about you and your situation as we can through conversation and mutually agreed task setting.

Together we make sense of what you are going through, your situation, its challenges, your thoughts, feelings and behaviours.

We work together to allow more useful behaviours thoughts and feelings to evolve, which are more in alignment with what you truly want.

N.B. Adlerian therapy is also known as individual psychology. This is not a reference to 'psychology' (as in the science) but is a term used by Adler to describe his psychotherapeutic methods. It is derived from the word individuum, which means indivisible. Adler was way ahead of his time and conceived of the human being as a holistic unity, rather than a sum of fragmented parts. He also believed in social embeddedness, that in order to understand an individual it is essential to see him/her not only as an organic whole but also in terms of social context and the situation in which they were nurtured.

Many prominent schools of therapy grew out of or were heavily influenced by Adler’s psychotherapeutic outlook, including:

In short Alfred Adler was a genius when it came to applying common sense to the understanding of human behaviour, and his ideas are not only straightforward but also very powerful and transformative.

Call today and arrange a meeting to see if counselling could help you.Tel.07870 850167 or use our contact form.

If you have any queries or wish to make an appointment, please contact me on: